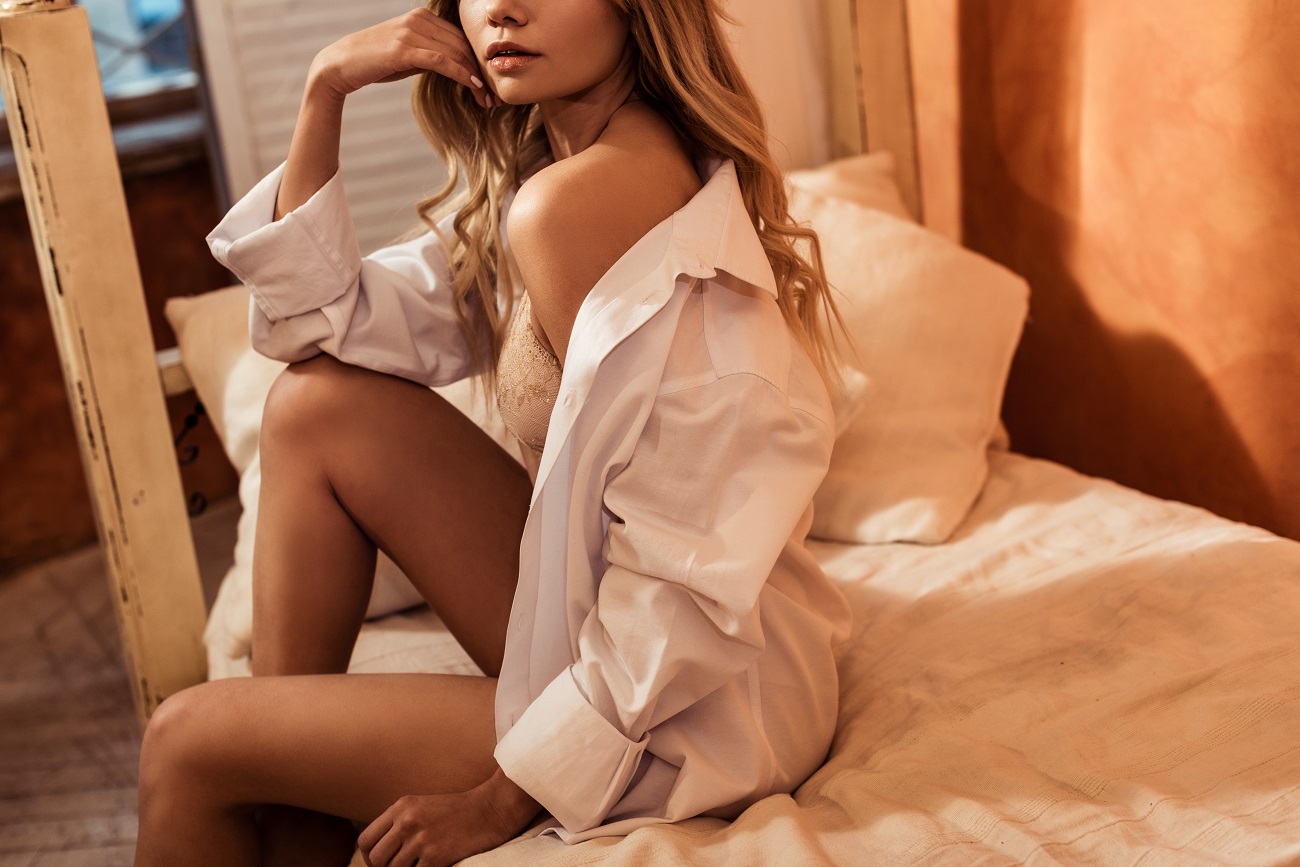 I was after two bad relationships, and I couldn’t find myself in life. I felt more and more lonely and hopeless. Even though the guys fall for me I was still … afraid. I was afraid that I would run into the same two idiots as last time.

I finally had to share my fears and feeling of loneliness with someone. An extraordinary opportunity suddenly came a friend I knew when I was in high school was in town, so we decide to have a coffee.

I did not think that Alex could change so much. We were 28, and he… looked like he had already made millions of dollars. Not only well-groomed and well-dressed, but also incredibly masculine. Looking at him, I couldn’t help my imagination.

When we met at the coffee shop, we started by talking about us and what was going on for the past years. After all, we hadn’t seen each other for eight years, and we were close back

then. Surprisingly… we had a lot of different topics to talk about. Usually, without maintaining greater contact, such relationships fall apart, and later – it is difficult to find a common language. Alex, however, seemed more interesting to me than I thought.

Maybe it was because we hadn’t talked for so long, or maybe because he inspired my trust… I started telling him about how I felt and what I experienced. He listened to me with attention and compassion and when I felt his large hand, warm, and masculine… giving me a sense of security, something broke in me. I didn’t want to cry like some heartbroken women, but even then, he showed me a lot of understanding, wiping away my tears. He just smiled and said that tears don’t suit me.

I finally got it together and we left the cafe. He walked me away, and I… suggested him if he would come in for a while. It wasn’t that late yet, and I wanted to spend some more time with him. He agreed, and we went upstairs.

As soon as we entered the apartment, when I turned to him, he took my face in his hands and started kissing me. I was surprised, but… I succumbed to him very quickly. I started undressing him from his jacket, unzipping his shirt, while he was doing the same with my dress.

We were impatient, thirsty, as if we always wanted this, it was like a bomb powder waiting for a spark. He pressed me against the door and lifted me up while I automatically wrapped my legs around his waist. We paused for a moment, but only to meet each other’s eyes, and then pounced on each other again in crazy kisses. Even though we were still dressed, I could feel him getting hard through the material.

What was I thinking about then? Exactly… I didn’t think. I was so thirsty for him. From the moment I saw him. I just felt the belt of my panties shifting, something big, warm and, most importantly, hard, hitting my thighs and my hole, and after a while… penetrating it. I let out a groan of pleasure, letting him do so. Alex was unusual. I felt him deeply, and at the same time there was no pain in it like the others usually caused me. I pressed him tighter with my legs against me, inviting him deeper. His movements were slow but firm, reaching the deepest recesses of my pussy.

After a while he tore me away from the door and carried me down the corridor. I felt him move within me with every step. I wrapped my arms tightly around him, staring at his face. Why did I not seen it in him before what I see now?

We got to my bedroom where we collapsed onto the bed. There he stepped off me to settle his head between my thighs. The soft kiss he gave my clitoris was something I had never felt in my life. I was biting my fingers as I pressed his head against my crotch. He was extremely skilful at it, and when he started using his fingers – I totally drifted away.

After a while he was kneeling again between my thighs. He parted the straps of my dress and pulled it down, exposing my naked, large breasts. He leaned towards them and started kissing. He took his time, clearly enjoying every touch he gave me. Finally, he straightened up again, took my hips and put it on his dick. Right now, I could see how elegant he was – large, almost perfectly straight, with a trimmed cut. I could feel his every move. He was a bit faster than at the door, but still far from mindless fucking. For the first time, I felt in the spotlight that someone would care for us both to be well.

I held my arms out to him. I wanted to be close. He allowed himself to be gripped by the neck and straightened with me. I wrapped my legs around him while he was still on his knees. He was deeper now than anyone else. He grabbed my ass and moved me up and down. He was looking at my eyes. There was more than just sex. There was magic, there was “that something.” And that thing started to compound, which eventually turned into a shared orgasm. I pressed my whole body against him. I felt him come too. We were wet, we smelled of ourselves… and we still couldn’t get enough.