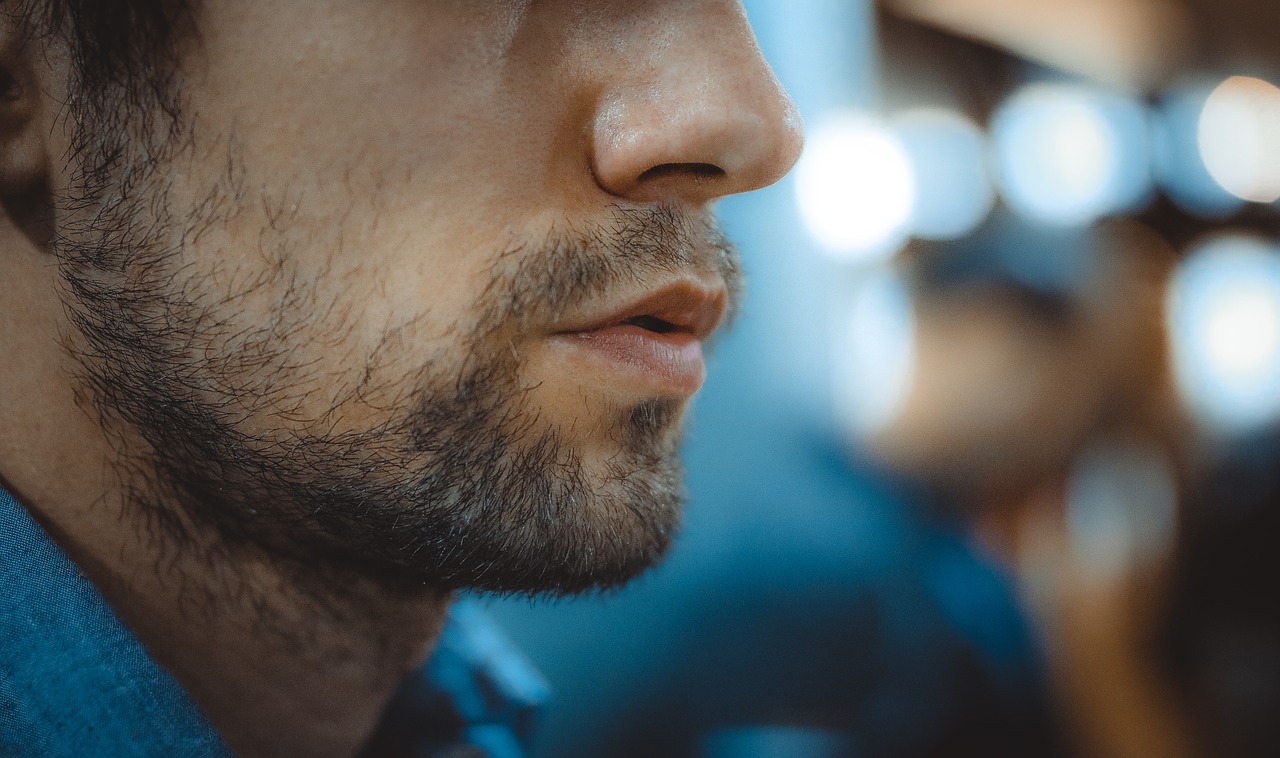 Everyone knows the story of the red riding hood and how a bad black wolf devoured his grandma and his… well. This time I was the red cap, Grandma wasn’t there, and the thing happens not so much in the forest as in the urban jungle. And the black wolf… well, its character, not just a being.

I went to the States, to New York, completely unaware of surroundings. I tried to find myself there somehow, work, live like the others, but … it was difficult. There was no job, at least not in a sector where I could give anything more of myself. I was about to return to my country when I looked in the mirror. I looked at myself for a moment… and thought I looked good. That I do not have to earn conventionally. I found a sponsorship portal and announced that I was looking for a sponsor.

There were a few reports, but one caught my attention. A black, quite mature man who offered a lot, not only to move to a new place, but also a lot of… financial help.

We met several times. He immediately pointed out that he liked my Slavic beauty. After all, I had a fair complexion, mousy blonde hair, and green eyes. In addition, I was quite small. He was different – tall and broad-shouldered, almost like a bear. I cannot say that he was fat – it was just muscular. I won’t say, it frightened me a bit, but on the other hand … it tempted me. He deceived, just like the wolf that disguised himself as grandma.

We finally arrange meeting with him at home. It was almost a villa. I figured the guy must be the top man. I did not ask in which industry. I’m not sure if I wanted to know. At least he could have many men, women… whoever he wanted. Why did he choose me? Maybe I was just an add-on to the collection … Despite these considerations, I went to him.

He welcomed me with full set of manners. Dinner, expensive wine, pleasant conversation… Until we finally got to bed. Here a real animal came out of him.

He wasn’t affectionate, but that didn’t bother me. He was touching me like an exhibit. I clearly felt his thirst, his urge to investigate something he had evidently never known before. He stripped me naked and walked around, examining me closely. He praised the fact that I didn’t exercise. He clearly preferred the smaller women. Until he finally pushed me onto the bed.

I fell on my ass, staring at him with a slightly scared look. I was not ready for what I would see. A massive black penis loomed in front of my face. I couldn’t imagine putting my mouth around him, but I had to try. I saw… I felt that he was expecting this of me. I widened my mouth as wide as I could, and once I was able to shove it into it, I felt it pressing my head against it. I hit his thighs, his abdomen, but he pressed so hard that the thick head pierced between the tonsils and went deep into my throat. There was nothing else I could do, so I took the role and, choking, tugged hard on the black cock.

He pushed me away from him, but only to bring my legs up by the ankles and make me comfortable. I saw his black cock glisten with saliva. I couldn’t imagine him in my butt. But he tried anyway. He reached for the lubricant, poured it over my groove, and began to press that huge penis into my

narrow anus. I’ve never felt anything like it. It hurt, but at the same time gave indescribable pleasure. I adjusted my hips so that he could enter easier, and when he was halfway through – he pushed him with all his might. I could only moan because even my legs were immobilized. He held them up by the ankles, so I was totally dependent.

He withdrew, then crashed into the testicles again, which smacked against my ass. From the slow movements, however, he quickly jumped to a gallop. I felt it ruthlessly drove me apart, almost tearing me apart. When he was barely gasping, I was screaming at the top of my throat. The thick, round shape massaged my prostate a lot, so the pain was mixed with a pleasure that is hard to describe.

Dexterously and without much effort, he turned me onto my stomach and pressed against me. He stuffed me almost completely into the mattress as he sat on my ass. I’ve never had a black guy, so those long and deep thrusts were just like a journey into the unknown. I can barely catch my breath when it might seem – just warming up.

I felt his massive forearm curl around my neck and tighten lightly on my throat. It suffocated me enough that my breathing was limited, but not cut off. I felt him all over my back, clinging to his hand tightly. Eventually he started to moan as well, then finally he roared, howled like a wolf, and I felt a huge volley of sperm burst from his penis filling my ass. He was blowing into my ear, smelling of musk and wine. I was panting under him, completely out of breath… After a while he just left me, and went out of the room… It was my sponsor. It was my personal wolf who devoured me in America for a long time it suited me.