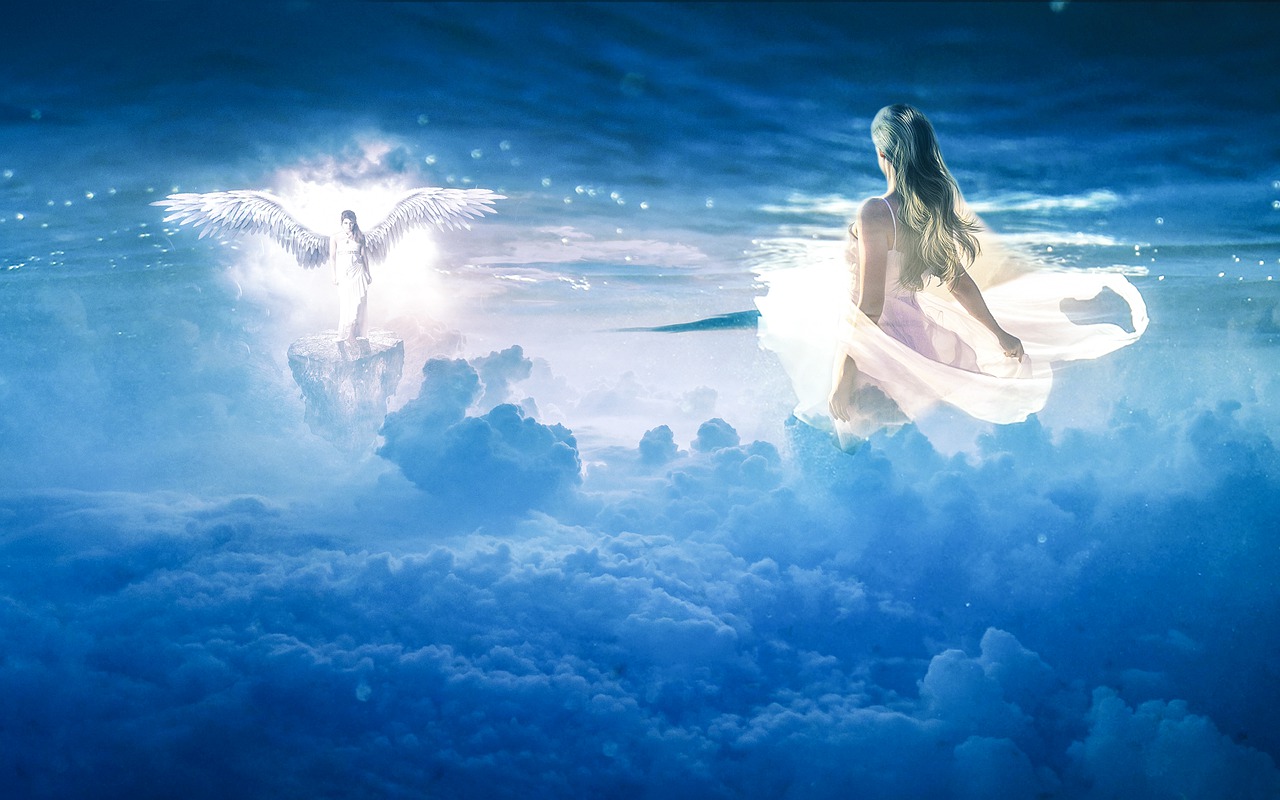 When two angels came down to earth at one time, they were surprised at first by the nature of humans. Consumed with innocence and blamelessness, they gazed upon a world steeped in lust, human beings with deep desires and a viciousness over which they could not control. They wandered the world, visiting simple and powerful people. One day they found their way to the port of a large city, and there their attention was drawn to a tabernacle of fun. As they entered the threshold, the decay of this place twisted like tentacles.

The omnipresent smell of sweat, sea breeze, all kinds of mucus, but also various drinks, drilled sharply into the nose. The sight of lascivious sailors, frolicking with prostitutes in corners, at tables and at every other corner, was astonishing and awakened a shaky heart. The angels looked at it helplessly, lost, with a sense of being soaked in sin. So before 10 heartbeats had passed, the shock ended, they left this place, leaving the city behind.

The heart of sins, however, left its mark. Human desires no longer seemed as sinful to them as they had previously thought. Instead, sitting on the cliff, spreading their angelic wings, they kept glancing curiously at the port, the smell of which they could smell even here.

Suddenly, their thoughts began to circulate not around praising the work, but about human nature. Suddenly, their bodies began to thirst, feel lust, cry out for passion. They looked one at the other, and in their eyes was what they themselves had seen in the Tabernacle of corruption. Their fingers became curious to touch, so they crawled underneath the bright robes that covered their bodies. Their lips were not only to serve the pleasure of eating and preaching good, but also the pleasure of kissing.

Their lips pressed together vigorously and exploded with emotion in their thoughts and the with irrepressible moisture at the bottom of their bodies. The breasts were no longer just a decoration, but a playground, so the curious fingers of both angels tightened on them, caressing hardened nipples. One’s hot thighs, muscular and exercised to walk and run, began enticingly entwining the hips of the other as she perched on her lap. They were drowning in sighs, soft moans, and spasmodic tremors under the caress of the body. When the robes had fallen off the cliff, the naked angels danced horizontally in the grass on the top of the cliff, exchanging kisses, clinging their wet bodies mercilessly to each other.

Only the wings seem to thin out and only the hair, pale as cornfields, was slightly darker. Passion and excitement, on the other hand, made the bright bodies of paper flush. Droplets of sweat ran down my back, lovely dimples above her hips, right into and between her ass.

The two angels succumbed to temptation, giving free rein to their imaginations and awakened passions. Their curious fingers flowed between the thighs, pampering each other’s only newly discovered femininity. With restless and yet somewhat careful movements, they examined what they did not know. Pleasure, satisfaction, followed by groans and screams, an unrestrained desire for fulfilment that did not want to come yet.

thighs. Her lips stuck to the wet and already reddish petals of the shell, delighting her travel

companion in indescribable admiration. The meadow on the cliff that day experienced no

peace. Neither bird, nor deer, nor any other beast was able to drown out the sounds of passion of

the two angels who succumbed to the temptation.

One time, another time, she gave pleasure with kisses and tempting strokes of the tongue. Their lips circled around their clits, entwined them softly and sucked. The hands, on the other hand, clenched tightly on the round breasts, flushed with excitement. Soon curiosity took over again.

Suddenly they tightened in spasms, trembling in their arms, muffling a scream in kisses. Their naked breasts and shaky bodies became too sensitive. And all this peak, these emotions, thirst and passion found their outlet, and their juices and sweat sprinkled the grass growing under them. They succumbed to the temptation of the flesh, and only the port in the distance remained unchanged.