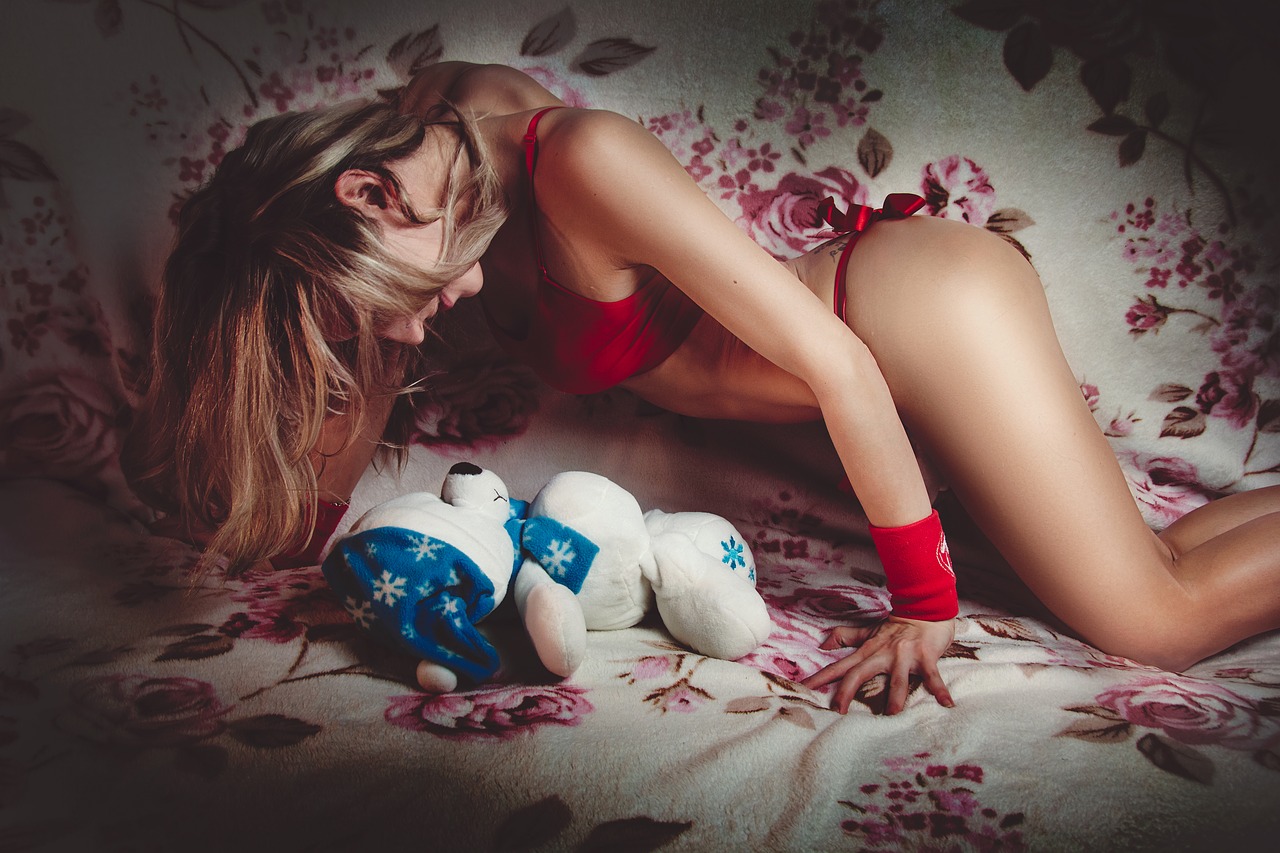 The long distance relationship is overrated in some respects. On the one hand, it’s nice to have a lot of freedom and space, on the other, on days like today, you want to howl with helplessness.

At the moment when I got a text message with the information that “Baby, sorry, I can’t make it today, the boss did not give me my holiday :(“, I was just finishing the preparation of his favourite roast in the kitchen.

– Damn it! – I threw into space, without even trying to call Derek, because I knew that being at work he would not answer anyway. For a moment I wanted to get in the car and drive the 200 km to it, but I gave up. It would be useless – I would be sitting alone anyway, only in a place that was strange to me. I sighed and put the treats in the fridge, pulling out a bottle of white wine in the process. It was supposed to be until supper, but since I’m celebrating alone, what’s wrong with me?

I walked over to the bedroom with a glass and a bottle. My eyes fell on the underwear that I had prepared earlier. Sexy, blood-red lace bodysuit, tights, and monstrously large heels. I felt both sad and angry. It’s been so long since we had sex, goddamn it! And the underwear will go to waste!

In spite of the Universe, I decided that since I am spending this evening alone, at least I will dress up. I plunged into the bodysuit, pulled on the stockings, and put my feet in high heels. I glanced at the mirror. My breasts were lifted wonderfully and my butt looked exceptionally good. However, something was missing here …

Encouraged by this first try, I lay down on the bed and started snapping a selfie. With each new one, I felt more and more excitement. I started to imagine that with Derek we are playing a scene in which he is a client in a brothel and I, as a whore, have to present my charms to him so that he will choose me. It turned me on so much I felt my pussy getting very wet. I wanted to play with it, but I was running out of hands.

I paused and started going through the functions on the phone. Is! Self-timer and burst mode. This will certainly make it easier to take erotic photos. I set the maximum time, then began to wonder where to put the phone so that it captures everything and at the same time that I have complete freedom of play. Finally, I spotted the desk and put my smartphone on it, firing the auto timer at the same time. I went back to bed and was delighted to discover the possibilities offered by this freedom of movement. Hesitantly at first, I began to touch my breasts through the fabric. I felt my nipples tighten and my pussy getting wet even more. I moved lower with my right hand and pushed the body material aside. As I touched my pussy until I closed my eyes and bit my lip. I was so wet …

Sex blog How to make money on OnlyFans?