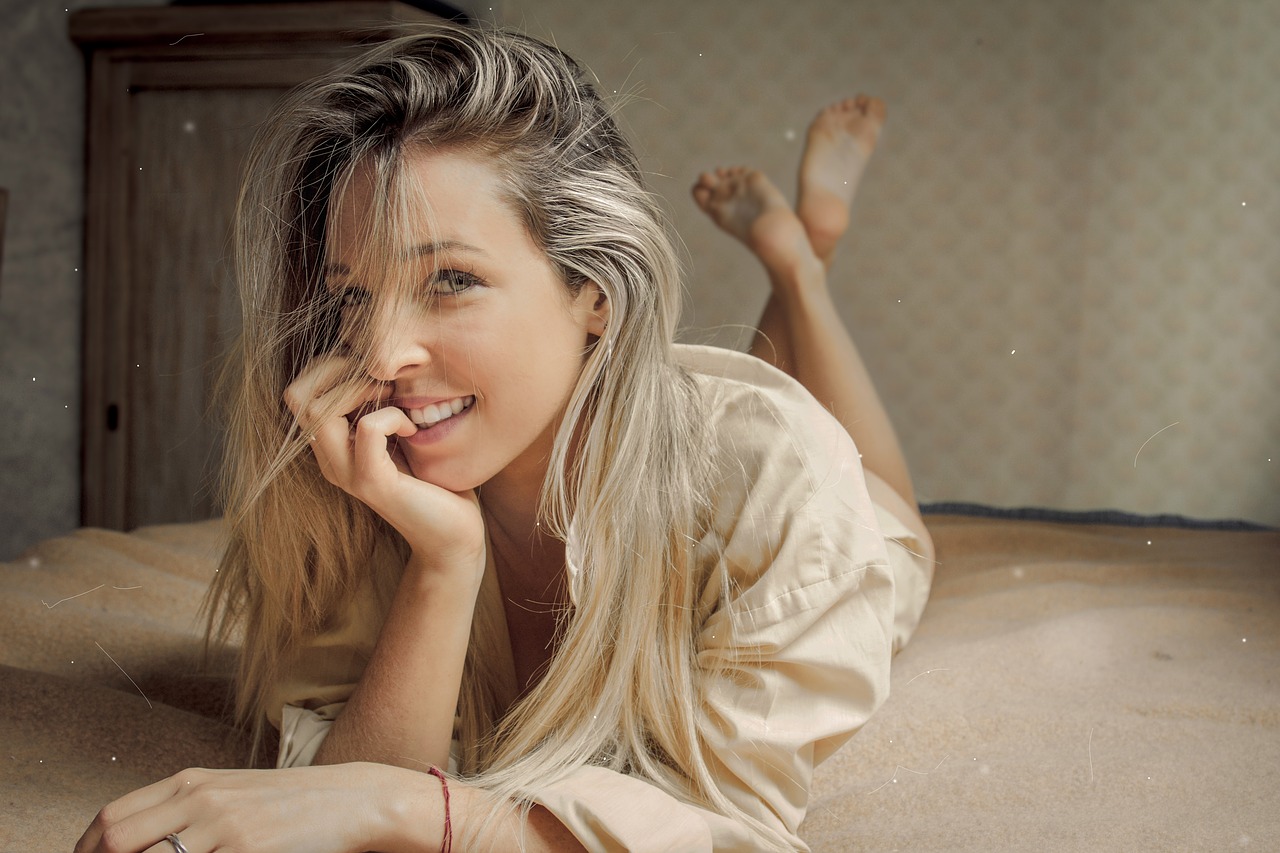 I like taking kinky photos of myself. It turns me on when I expose myself in alluring underwear and pose. Sure, a naked chick is much more appealing, but what turned me on the most about taking pics was how to reconcile eroticism with subtlety. That is why I invented various outfits for myself – more or less provocative. Once, under the influence of an erotic story, I disguised myself as a schoolgirl. Short mini skirt, white, unbuttoned blouse and knee-high socks. Plus, sharp makeup. The effect was overwhelming. I was even wondering whether I should upload these photos to some free galleries, but I was afraid that if someone from work accidentally found these photos, I would be finished.

That day I wanted to do a small photo session again, especially since I found a website where you could upload your photos and the program automatically “blurred” your face. I was in a pretty “fucking” mood, so I put on some heavy make-up, wore fishnet stockings and black high

– I wanted to have more fun when I sent the pictures.

I took the camera and connected it to my laptop. As I took the photos, I saw that I had an unread email from my boss. He recalled a meeting with a key client scheduled for tomorrow morning and asked for a presentation. Instinctively, I wrote back and attached the file. I sent a message and took care of the pics. I was distracted from work by the sound of the telephone.

– Yes, I’m listening? – I answered, not even looking at the display.

– If you plan such a presentation for tomorrow, I suspect that the clients will be ours. I heard the boss’s voice, unnaturally low and hoarse. I could also hear his rapid breathing.

– I’m glad that you enjoyed that. – I smiled under my breath.

– I’m glad that the boss liked them … – I muttered like a kitten, which must have additionally intensified his experience, because he began to gasp harder.

– You say? – I bit my lip sharply, feeling the approaching orgasm.

– Yeah … I’d like to put it inside you now and show that a real dick is much better … you like it from behind, right?