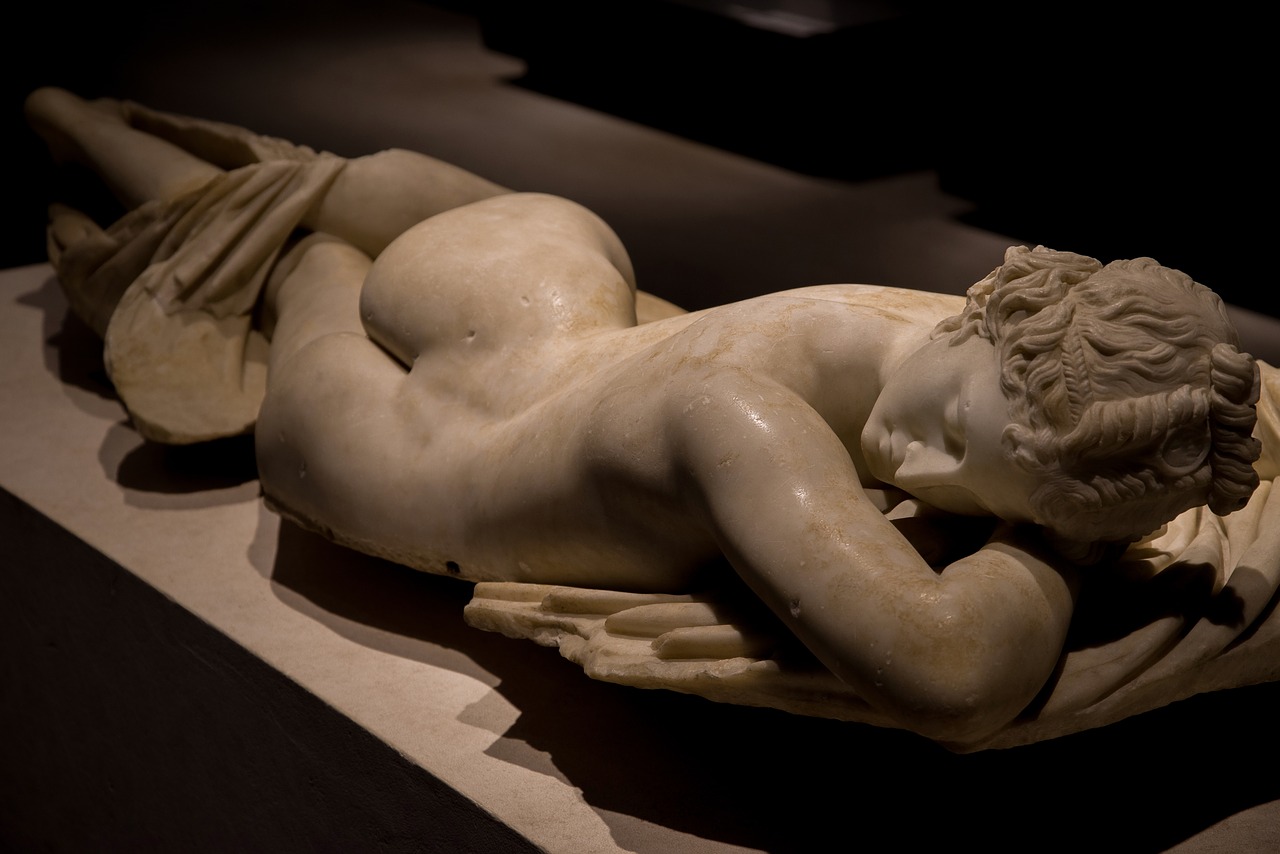 The sun was shining beautifully in Rome that day. We went to the Pompey’s summer camp, invited for a special occasion. Old Septimius had a son, so there was a feast and celebration in honour of our dear Ceres for the fertility of the lands and people. When we arrived, it turned out that we were one of the few guests. Septimius decided that he only wanted an intimate party with his closest friends and the performance itself, which his slaves prepared, was supposed to be only for elite.

The feast did not disappoint. The amounts of wine and food delighted and pampered the palate. Just like the servants, which you could tweak at will, they were a relief for the eyes. Barbarian women, you must admit, were truly fiery and could ignite male desires. Especially the dark ones from Abyssinia.

Our host jumped up from his couch, folding his hands in thanksgiving. He was clearly touched that each of the invited guests had come. He clapped, drawing attention to himself.

– My dear! How warm my soul is that I can see all of you gathered here. The gods blessed me with another son, despite my old age! – He paused for thunderous applause. He frowned and closed his eyelids, pretending modesty, “Not to me, but to them that my manhood is still capable of reaching the heights of abilities.” But enough of these laughs! I want to thank you for rejoicing and feasting with me! That is why my slaves will give you a special show today. Also, in honour of the divine Ceres! Let her be honoured when all else is forgotten! He clapped loudly again, young girls and men began to enter the room. Their skin, hair, and stares showed that they were from the farthest corners of the empire. From the north, south, west and east.

I wondered what old Septimius had come up with. At first, I thought it was just going to be just another boring dance… and so it turned out. After a while, we were able to watch how young girls of a beauty so distant from each other that it could be said that they had come from other worlds began to entwine their arms, giving each other kisses. These men began to join them. I saw my Prime’s eyes light up when she saw a black bull, whose masculinity could overshadow even Hercules’ great mace. The slave approached two girls who were clasped in a hot embrace and were giving each other kisses.

Against art, against human nature, against some love, he simply sank into one of them until she howled painfully. It deserved the applause he got. My eyes fell on Tiberius, who adored the two young men who were satisfying each other with their hands. I knew perfectly well that he would like to take their youthful masculinity in his mouth, until they were both fulfilled. I did not judge him for that. He was what he was. By the way, he was fucking the personal guard of half of the senators. I returned to the black stallion who had already indulged in both women. They were lying on top of each other.

Prima got up and walked over to him. She whispered something in his ear and her hands stuffed his hips. I watched the blonde-haired German girl experience sweet torture under a Nubian stallion, my wife encouraged him to play harder. He obeyed. He was polite. The girl spread out over the entire auditorium, attracting even the attention of other slaves. They were like a diamond in a shining diadem. Beautiful, connected … and unbridled.

Septimius applauded and we applauded with him. Tiberius, on the other hand, finally joined the two young men, inviting his wife as well. As one of them was taking her from behind, the head of the senators’ private security was pushing him from behind himself, holding his companion’s manliness in his mouth. My wife’s encouragement was read as an introduction to the orgy. After a while, others started joining, choosing a girl or two. I chose two red young women myself. I invited them to my seat and while watching them kiss, I touched their young, firm bodies. They could be no more than 20 years old … But Septimius had to trained them hard, because their art was performed by the most efficient heterosexuals. If they hadn’t been slaves yet, they could have had additional training.

Finally, I put one on the couch on her back. I pulled off my robes just enough to penetrate it. It was wet, warm, like summer rain, fragrant, like a meadow of flowers… and all mine. The other one just sat on her face. It didn’t bother me. I had what I wanted. Her feminine lips wrapped tightly around my spear. Willing thighs invited you deeper and deeper, and I entered. I watched as her companion, whose flower she was pampering with her tongue, slowly blurred her eyes.

It was a celebration of Septimius’ fertility. No semen could be wasted. At least not ours. The slaves, when they finished, had to go to the wall and be fulfilled themselves. If the fluids were shot into the body of a slave to a lady of the court, it could have ended in death for them. We, however… had full free will. I watched as Tiberius filled ass of the young girl he had previously sucked with his semen. I watched as the Nubian stallion ran away from my wife, only to let go of what had to get away in solitude. I also watched as Septimius decorated the faces and bodies of three girls with his sperm, who, together in a fancy threesome, kissed and pampered their bodies. Seeing the amount, he shot out of himself, I wasn’t surprised he became a father.

I myself felt a stronger and stronger pressure. I changed the girl. I wanted to see which one was worth my sperm. I turned her quickly with her back to me and began to push her hips out, pinning her hard on my sword. She was better, evidently unsatisfied, because she was pushing her ass against me. Or was she hoping for redemption and liberation? However, she did not forget about her companion, passionately pampering her body with her lips. We blessed this for a while longer, until I thoroughly filled her womb with my fluids. Then… then it’s time for the second round.