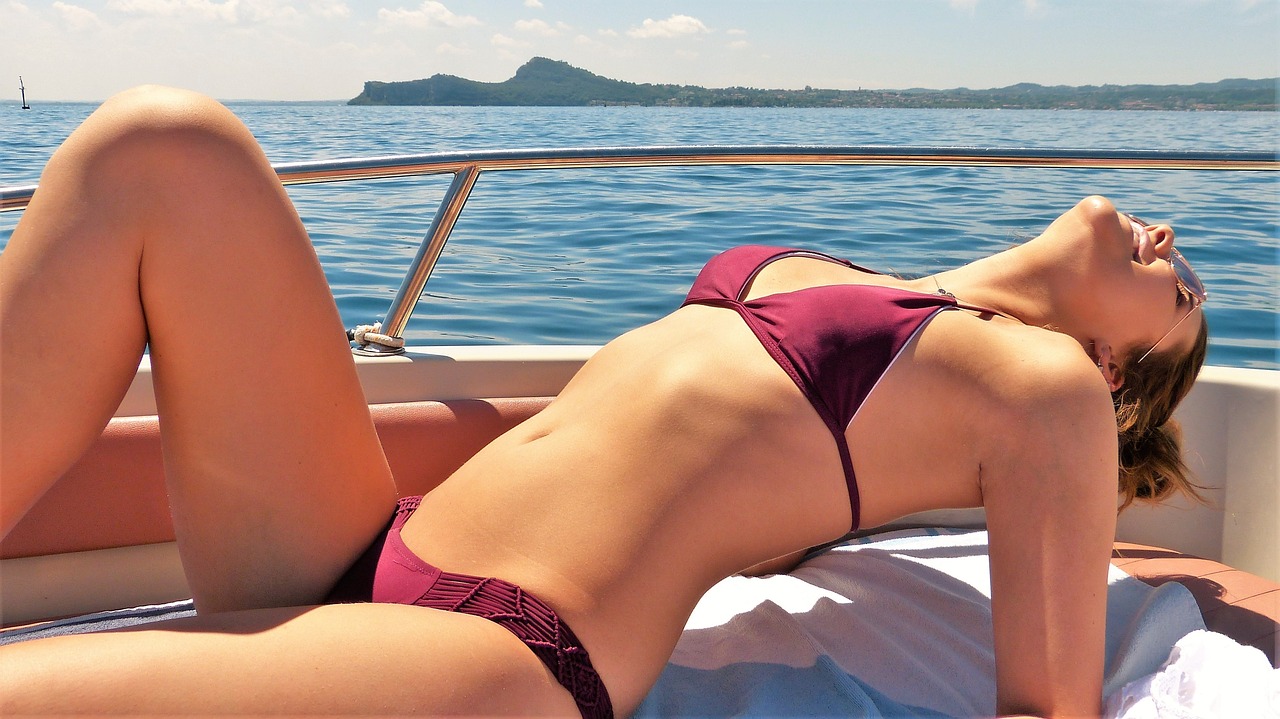 It was a crazy night… like every Saturday I went to my favourite party club in Malta. Then there was some sailing party, so the fun was great. There were also seamen from different countries. Amongst them you could find tanned, muscular and, in a way, original Mexicans. I sat down with them right away. We played games, drank tequila, and danced until late at night.

They invited me to their sailing ship. They were very gallant, not like some of the bastards I dated. There were four of us in total. Me and the three of them. As I boarded the ship, I already knew it was going to be fun. They must have smuggled me in so the captain wouldn’t see me coming in but he must have heard me later.

Their cabin was not large. But the three of them lived in this one. The bunks were narrow, but there was enough space on the floor to play.

I did not wait. Eventually someone on watch could see us. I knelt in front of them and waited for them to unzip their pants. Finally, they threw them off. Big, dark, Mexican cock’s that swelled at the sight of me. No wonder. I’ve always considered myself a pretty chick. After my mum I have a small but shapely bust, wide hips, worthy Latinas, plus blond hair, blue eyes and wide prominent lips. Perfect for grabbing at least two dicks. I did that too.

I took the two closest cocks in my mouth and began to slide my lips over them. I let them undress. I felt them touching my breasts and ass. We barely really understood each other. I know English quite well, they do not so much. More often in signs. But the language we have now communicated in is known to everyone.

I started sucking on each of them thoroughly, trying to share my interest with them. When they pulled out the condoms, I shook my head that I didn’t want them to wear them. I don’t like them.

They’re pinching me. Without them you can feel such cock’s in you, body to body … that’s something.

They spread a blanket on the floor. I laid down on one of them, my legs spread wide. Two of them knelt immediately by my face, their penises touching my cheeks. I sucked it from one to the other, massaging my already swollen clitoris. My pussy was all wet and thirsty to be caressed.

They were gentlemen. Before first of them entered my pussy, he leaned over to it and began to lick it. He did it so skilfully, as if he was doing nothing else in his life, just licking pussy. Maybe it was so? Maybe he had a different one in each port? One thing was for sure. He did it well.

Switch … The second one entered me, and out of gratitude for the pleasant moment, I started to lick my first Mexican’s cock. I smelled and tasted my pussy. I didn’t even realize I was that wet.

This one was much sharper. He was fucking me like he hadn’t been doing it in a very long time, and he was afraid that I was about to slip away. It was so strong that I had to be careful not to bite my teeth on the other two dicks in my excitement. I felt his hands wrap around my thighs. How he tugs at them, pulling me in with every thrust. I was like an inflatable sex doll that they just plaid with. It didn’t bother me at all.

He was the last one to stay. The most persistent than my first. I wanted to taste his sperm in my mouth. I gripped his dick firmly with my lips and started sucking him as if my life depended on it. Loud pecks spread through the cabin. The other two did not leave me. I still felt their hands on me, their cocks ready. Suddenly a shot. Deep in my mouth. Sticky cream spilled over the tongue. I sucked hard, this time without moving my head. I wanted to drink it like through a straw.

After he finished, I retracted my head. I showed him that I hadn’t shed a drop of his sperm. I mixed it with my tongue and swallowed. Fortunately, the boys didn’t get enough yet.