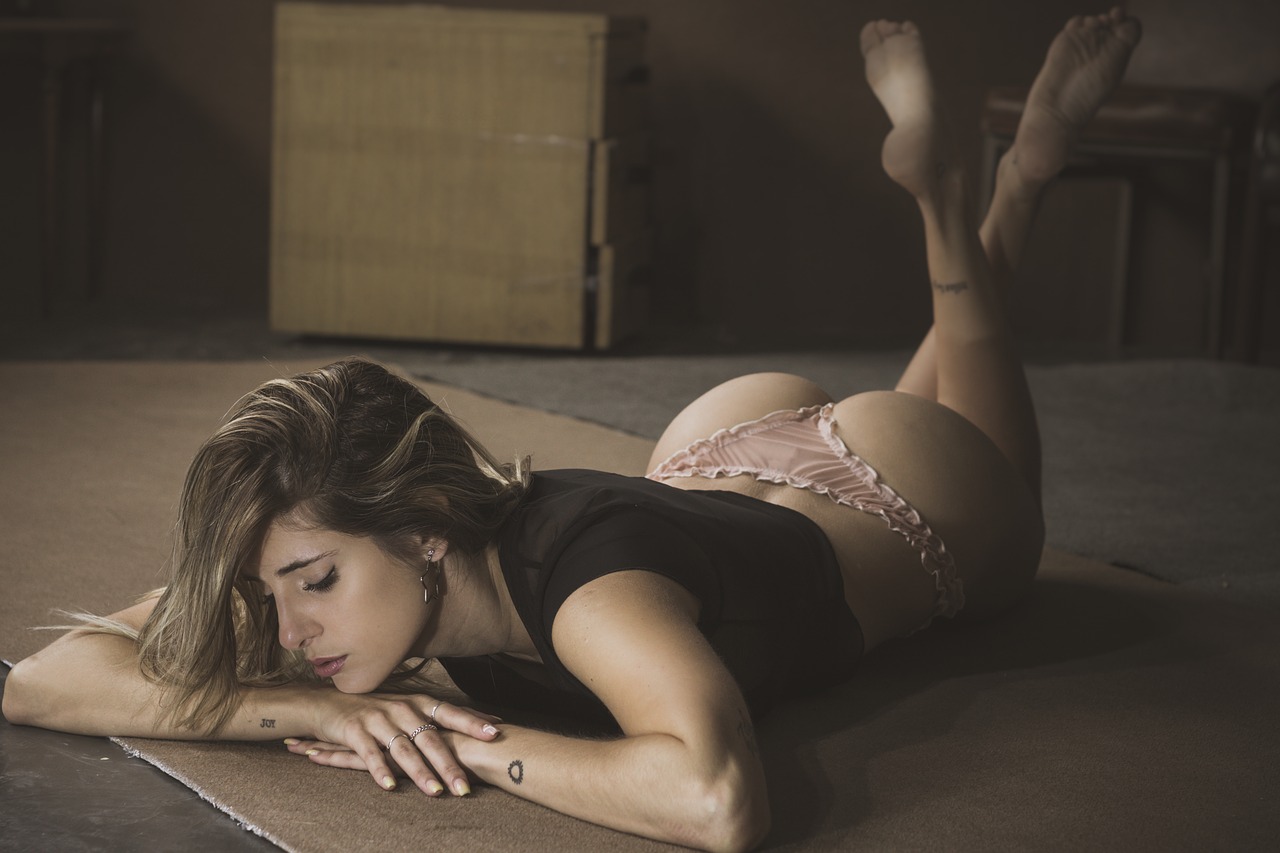 I hadn’t had a chance to have sex with anyone for several weeks, which made me furious. The last permanent lover have found “the love of his life” and decided he was monogamous from now on. Well, it’s been hard. It’s just that since my last good-bye fucking, my pussy has been unsatisfied.

That’s why now I was totally exhausted at work. I tried to go out with someone from Tinder, but each “date” failed, when it came down to do IT, they chickened out.

– Hi Judy, why are you so mad today? – my friend, Matt asked breaking me out of my unhappy thoughts. A handsome 30-year-old with a beard and red hair. It suited him this type of Scandinavian lumberjack look. He smiled radiantly now, and I felt a shiver of excitement.

– I haven’t had sex in a month. – I returned his smile. He laughed heartily.

“Yes … you know what they say – a woman who groans at night doesn’t scream during the day.” – I winked at him and started to play with the button at the neckline. Matt’s eyes followed the movements of my fingers.

– Your screaming must be remedied for that. He said quietly, even though we were alone in the room. He sat on the edge of my desk and I started to wander my hand over his thigh. I saw the bulge on the front of his pants begin to grow. Matt was devouring me with his eyes. I started to lick my lips. Suddenly I got up.

“I have to … check on my make up …” I said, nodding suggestively at the corporate restroom door. His eyes flashed with desire. I got up and headed to the ladies’ toilet. Once I was inside, I took off my thong, my shirt and bra. When I was standing in the skirt, Matt went inside. He turned the lock and it caught up with me. He gripped my hair tightly and tilted me back. I unzip his pants with my hands and thrust out his impressive cock. I started pounding him, and he bite my neck. It began to nibble at my cleavage until it reached my breasts. He sucked and bite them hard while he pushed me down onto the toilet with his hand. He spread my legs apart and dug his fingers into my wet pussy. I felt delighted. I liked it rough and quick. When I felt the approaching orgasm, I pushed Matt and leaned against the closed toilet.

– You are such a willing bitch?

– Don’t talk, just fuck me. I snapped. In a response I got a strong spank. It felt as if my skin was on fire.

– I’m in charge here. He hissed and slapped me in the ass five more times. Then he spread my legs apart and entered my pussy hard. He grabbed my hair with his hand, wrapping it around my wrists. He tugged it so that my head was arched back.

He was fucking me hard, deep, every now and then adding a very hard spank. I need that.

Finally, I felt my pussy shrink and tighten on Matt’s dick. On another hard slap, I came screaming loudly, ignoring the fact that someone might hear us. Matt sped up even more, thanks to which one

of my orgasms has barely ended, and the next has come. Finally, the time has come for him. He took his cock out of my pussy and pulled hard on my hair so that I had to turn around and kneel. He came into my mouth and began to fuck it hard. I felt its throbbing and moments later hot sperm flooded my throat. I swallowed everything down to the last drop.

– Thanks. I muttered. I got up and dressed, winking at Matt while he was about to leave the toilet. I was satisfied for a while