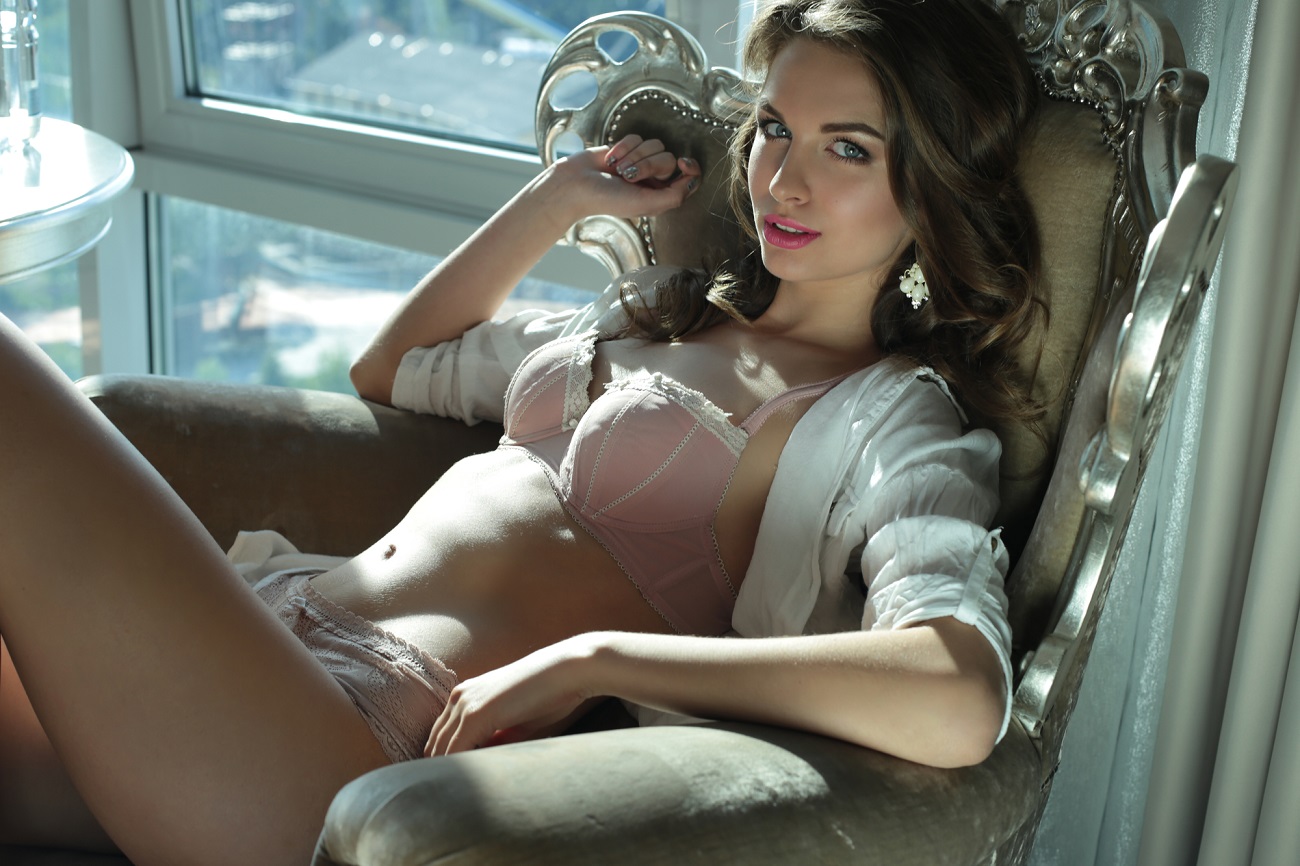 When I moved from a small town to London, the first thing that scared me was the fact that anyone can practically look through the window. Tightly packed blocks effectively eliminated the sense of privacy. And it is said that everyone in the countryside knows everything about everyone. Well, maybe everyone knows each other, but not from the same side as the inhabitants of blocks of flats.

For the first weeks, I kept my windows closed tight, afraid that anyone would see me naked or in my underwear. I am 23 years old and quite shy, so the thought of someone judging my figure was scary for me.

However, one day that had changed. I came back from the university terribly tired and when I entered the apartment it was well after 8pm. Outside the window it was dark, in the block opposite lights were bright here and there. Without thinking, I began to take off my clothes, as if that way I could also get rid of the hardships of the day. When I was wearing only panties, I realized that I was doing a striptease not only with open windows, but also perfectly lit. Frightened, I ran to the bathroom, took a bath and change into underwear. I was surprised to find that the thought of someone seeing my breasts excited me. Standing in the shower, I started to touch myself, focusing more and more on my clitoris with each passing moment. The orgasm that came was extremely strong.

The next day, I consciously decided to start undressing by the window. I was slowly taking off individual pieces of clothing until I was left in panties only. This time I didn’t run away but stood by the window with my eyes closed. I felt waves of excitement sweep over my body. I began to fantasize about someone watching me and maybe just getting on with me. But I didn’t have the courage to start caressing myself – I just stood there and felt that my pussy was getting wetter with each passing moment. Eventually, when the tension was too high, I went to the bathroom and repeated the same thing from the day before.

The situation repeated itself over the next weeks. Every day I was getting braver in parading naked. Not only was I undressing in full lighting, but also more and more often I was walking around the apartment in only my underwear or completely naked.

One day, during my daily striptease, I noticed someone from the block across mine staring at me. A man, who seemed to be older than me, was standing on the balcony smoking a cigarette, staring at my body. I smiled at him and took off my bra. The man smiled and blew smoke out slowly. After I stripped off the last garment, it disappeared deeper into my apartment. I felt as excited as ever.

Since then, I have gained my regular viewer, which made me even braver.

Today, however, I decided to go all the way.

I came home and, as always, I turned on all the lights in my apartment. I prepared my “scene”, but this time I also took my laptop and fired a slow, sensual song out loud on it. I closed my eyes and started rocking to the rhythm. I slowly unbuttoned my shirt and tossed it to the ground. I opened my eyes for a moment and saw that my neighbour was standing on his balcony, watching me closely. I continued my striptease. After the shirt I started to take off the skirt and then slowly lowered the bra straps. Still rocking to the music, I released my breasts and began to caress my nipples. Out of the corner of my eye, I noticed that my neighbour’s hand went to his crotch, which he began to massage. That was it. I started to moan softly, my fingers tightening around my nipples. After a while I took off my panties and rested one leg on the chair. I started massaging my pussy, feeling it didn’t take much to orgasm. I stared at my neighbour, who was now officially jerking off, just as I was fondling my pussy all by myself. As I stuck my fingers inside, I noticed my viewer sinking into a handkerchief. This brought me to the top. I came abruptly. As I pulled myself together, I looked at my neighbour’s balcony. This one just nodded to me and entered the apartment.