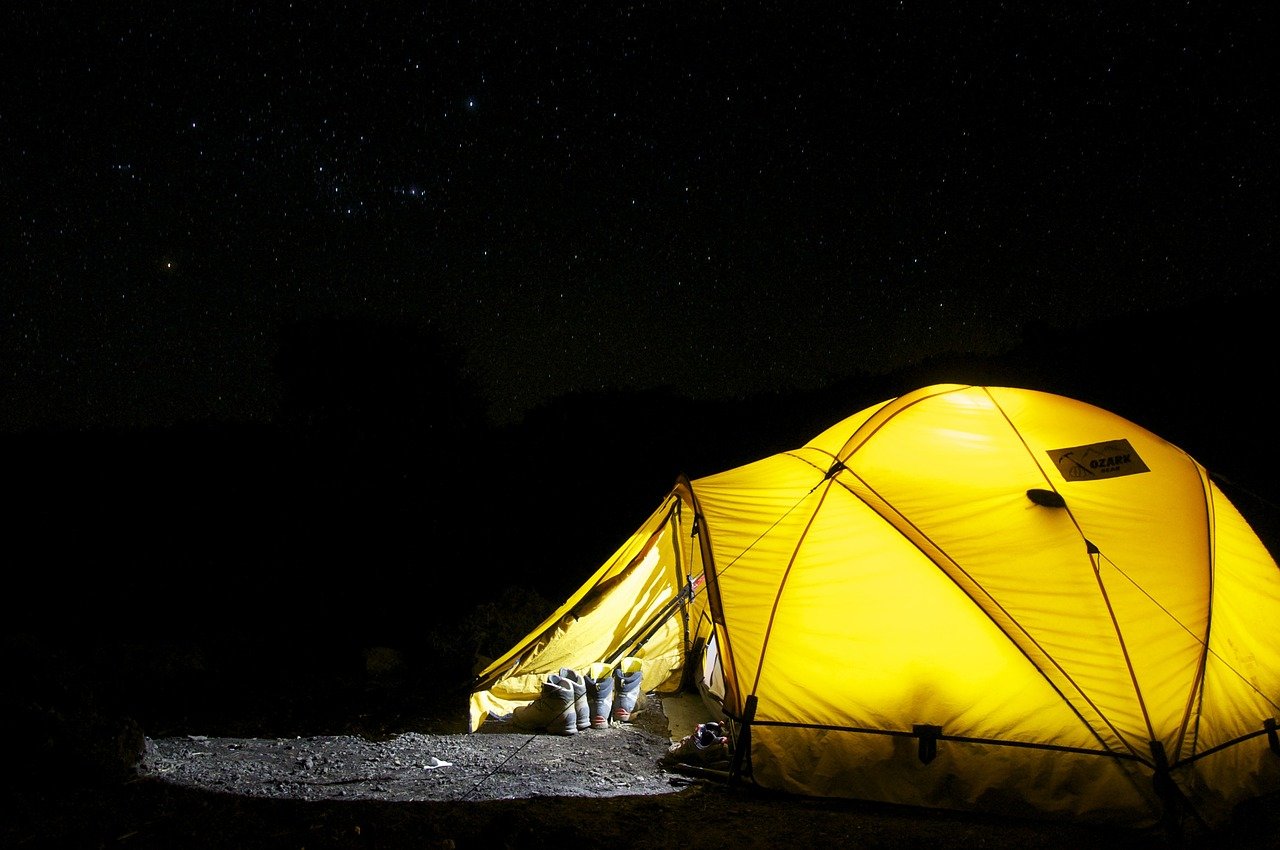 You know what it is like … you plan a trip with your friends. You have a plan to go to a hotel, rent a bungalow or something like that. With us, it was time to go camping. As always at such a moment – my friend did not have her own tent or even a sleeping bag. I thought I was going to sleep alone like a queen, meanwhile I had to secure a place for her. Believe me … I didn’t regret it.

– Only you, Maddie, watch out for her – Tom laughed, finishing his last sip of beer – Clara, you know

– he looked at her – she likes it differently.

– Come on, it’s like with a sister! How long do we know each other for?

“More than fifteen years,” I said, calculating quickly in my head.

– See? – Clara shrugged her shoulders – We are like siblings, and Andrew – she pointed him. He was falling asleep – it’s almost like our daddy.

– Daddy … probably uncle – Tom snorted – the kind that drinks too much at every wedding. Okay … it’s time to sleep, tomorrow we’re going further on the trail.

– Okay – I patted Clara on the thigh – come on, because tomorrow Tom will be complaining that we are dragging ourselves.

“As always, anyway,” she winked at me. We went to the tent, which stood a little further from the fire. I went in first.

– We can’t fit both in the sleeping bag. The fact I have some tits – she grabbed them and rubbed them just to burst out laughing – but it seems quite roomy.

She sighed nodding slightly. “Just remember.” I am clingy and I must cuddle.

– Is that why you still have that big stuffed animal? I chuckled and she chuckled with me, pointing her finger at me. Then she took off her T-shirt. She was wearing a sports bra that strongly emphasized her breast and was tight.

Finally, we laid down under the sleeping bag, she put her arm around me and threw her thigh over my hips. She smelled of smoke and beer, but it had the sweet scent of lily of the valley and lemongrass. She always used natural perfumes. Her soft breasts rubbed against me with every move she made. I could not fall asleep. I don’t know why, but there was a tingling sensation between my legs, and it felt slippery when I moved my thighs.

– You cannot sleep? She asked finally. I nodded, not saying a word, “I know a great way to do it. Want to try?

“Trust me …” she whispered softly in my ear. A shiver ran down my spine. The tingling increased. I swallowed loudly. Whatever, I thought, she won’t do what I don’t want to do. I nodded slowly.

Her fingertips caress my stomach. I don’t know how that would help me sleep. Rather, I felt my heart rate pick up and the scent of lily of the valley and lemongrass grew more intense. I glanced at her in the dark. Only one chemical light, hidden between the mattress and the bedroom wall illuminated us. Eventually her hand moved lower. I felt her on the pubic mound. She made a more abrupt movement with her other hand, and after a while I felt her bare breasts against the skin of my

“Shhh … trust me,” she touched me there … She stroked my clitoris delicately, and my sigh betrayed everything. It was the most pleasant touch I have ever felt in my life. In the barely delirious light, I saw her smiling. She straightened up, revealing us. But I wasn’t cold. On the contrary, I was on fire. She pulled my blouse up and began to rub her bare nipples against the skin of my breasts and stomach. It finally settled between my thighs. The waistband of my panties shift sideways, a second later a wet and strong tongue against my labia. It began to circle around it. I had to bite my finger on my hand, it was so nice … I threw my thighs on her shoulders, and she got down to work. She used her tongue as skilfully as if she were doing it professionally.

I felt my whole-body tense, my toes flexing … She felt it too. I don’t know how and from where… But it accelerated steadily as my excitement increased. A wave of heat finally flooded me, and the spasms of orgasm shook my body hard… I felt myself squirt. Her soft chuckle rang in my ears.

– Maddie … I have never seen such an abundant female ejaculation … just don’t be ashamed. It’s a praise to me. She crawled up to my face and kissed me on the lips. Now you will surely fall asleep.

She was right… I slept like a baby on that night.