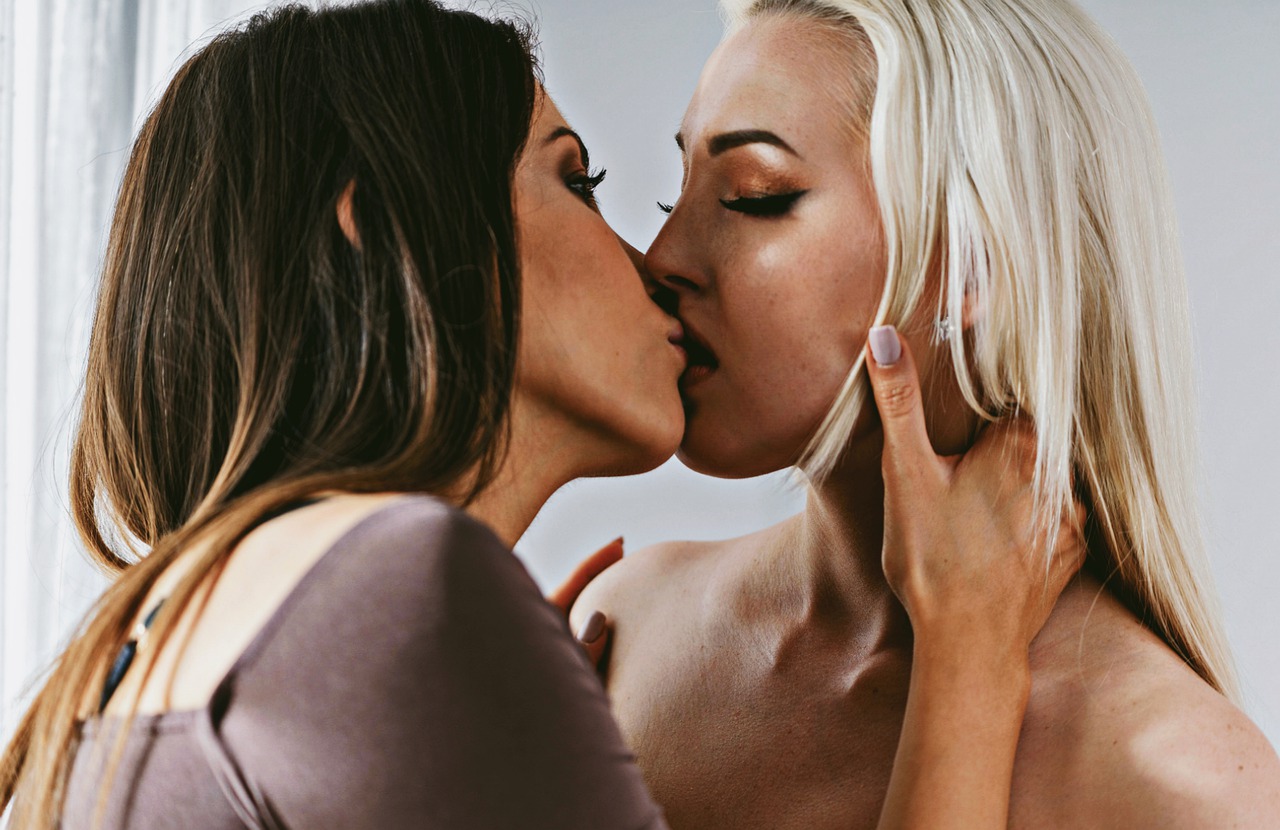 Me and my life partner like modern art. We try to visit various art openings, learn about modern artistic trends. This time it was the theatre, the more so because it was playing an extremely ambitious project about Sappho. When we entered the theatre building in the evening, you could feel the specific atmosphere of the event right from the entrance. The poster of naked women with often very lush shapes attracted attention and was a promise of a truly intriguing spectacle.

When we entered the room, the Greek-style arrangement caught the eye immediately. I must admit it was quite reliable however, the most noteworthy thing was the wide chaise longue placed in the centre of the stage. We took our seats, excited about what the spectacle directors prepared for us. I looked at my partner and smiled.

The last bell rang and everyone was seated. The lights dimmed, only stage had a strong lightning. Two actresses took the stage and recited one of Sappho’s poems together. I watched them focused. One was quite young. She could not be more than 23 years old. The second one was much older, I judged her based on my age that was around 47. Their robes barely covered their bodies – the modest breasts of the young one and the mother’s large breasts of the older one. They sat down on the couch, hugging each other. Two more came out, this time black and Asian. They recited another poem by the Greek poet. The ebony girl was covered with animal skins. She had a perfectly sculpted, slim body. The second, with a delicate Korean face, was plumper, clad in silk, with full thighs, breasts, and even a light belly. They continued reciting until they sat down next to the other two. The last to appear was a woman, perhaps 35, with copper red hair that was fancifully pinned up. The ornate gown sparkled in the light. She walked slowly in silence. She had a goose feather in one hand. In the other – something that looked like a large shell.

She stood behind them, looking down at each of them. She began to give her monologue about the loneliness of women, left behind by men on the island. It was Sappho. She was moving feathers on the backs of the seated women. She started with the young one, as she moved to the older one, the other one grabbed her face and started kissing her. It was similar with a flexible African woman and a fluffy Asian woman. Before our eyes, they indulged themselves in passionate kisses as Sappho looked down at them. She cared about them, telling them how they had been excluded by others, abandoned and hungry for affection. For Lesbos, women have discovered themselves.

Sappho turned to them, tossed them a gadget, and they started fighting for it. They were tearing off their clothes, shamelessly revealing their assets in front of the whole audience. Once they were naked, they stood in line. The dildo laid on the floor in front of them, they stared straight ahead. Sappho talked about how women discovered that they don’t need a man for pleasure. She kicked the toy that flew down to the orchestra. The women pounced on each other. This time, not in combat but in maddened lust. The black girl lifted the young one, holding her ass. The Asian woman

with the mature woman fell on the chaise longue. Their hands wandered over the bodies of their companions. I saw with what enthusiasm they gave each other kisses, squeezed their breasts, thighs … Finally, young and mature sat on the couch facing us, strongly spreading their thighs.

The other two girls, on one order from Sappho, fell in front of them and began to lick them. Truly theatrical groans spread throughout the room. The audience however, remained silent, watching the spectacle with excitement. I also felt that I was wet. I have never experimented and never suspected of having lesbian tendencies. But the entourage and the beauty of the actresses themselves turned me on.

Sudden turnaround – the scene began to turn with the girls who were in the centre indulging in carefree caresses. And only Sappho walked as if in one place, perfectly adjusting to the pace of the turn. She walked and talked about the sexual oppression of women as they settled more comfortably on the chaise longue behind her back and moved to the scissors. Clasped thighs, hips working together, rubbing slits. We could see all this from all sides. Actresses changed with each other like at a good swinging party. The groans became less and less theatrical and much more natural. It was audible that the caresses cost them a lot – to endure until the end of the director’s monologue, who spoke about the liberation of women, especially the sexual one.

One could not stand it, which was audible and visible – there was no hint of acting in it. The orgasm rocked her body, making her twitch. Her companion, moreover, did not let her go, rubbing her pussy strongly against her pussy. I thought that I would like to be in the shoes of one of them. But my thoughts were interrupted by a second scream. The oldest of them squirted a small fountain, soaking the chaise longue as well as the other women. Sappho just looked around and smiled. After a while, only groans full of indescribable pleasure were heard in the hall, and when it was over, Sappho raised her clenched fist, and the lights went out. There was a loud applause in the room. Mainly we women beat them.