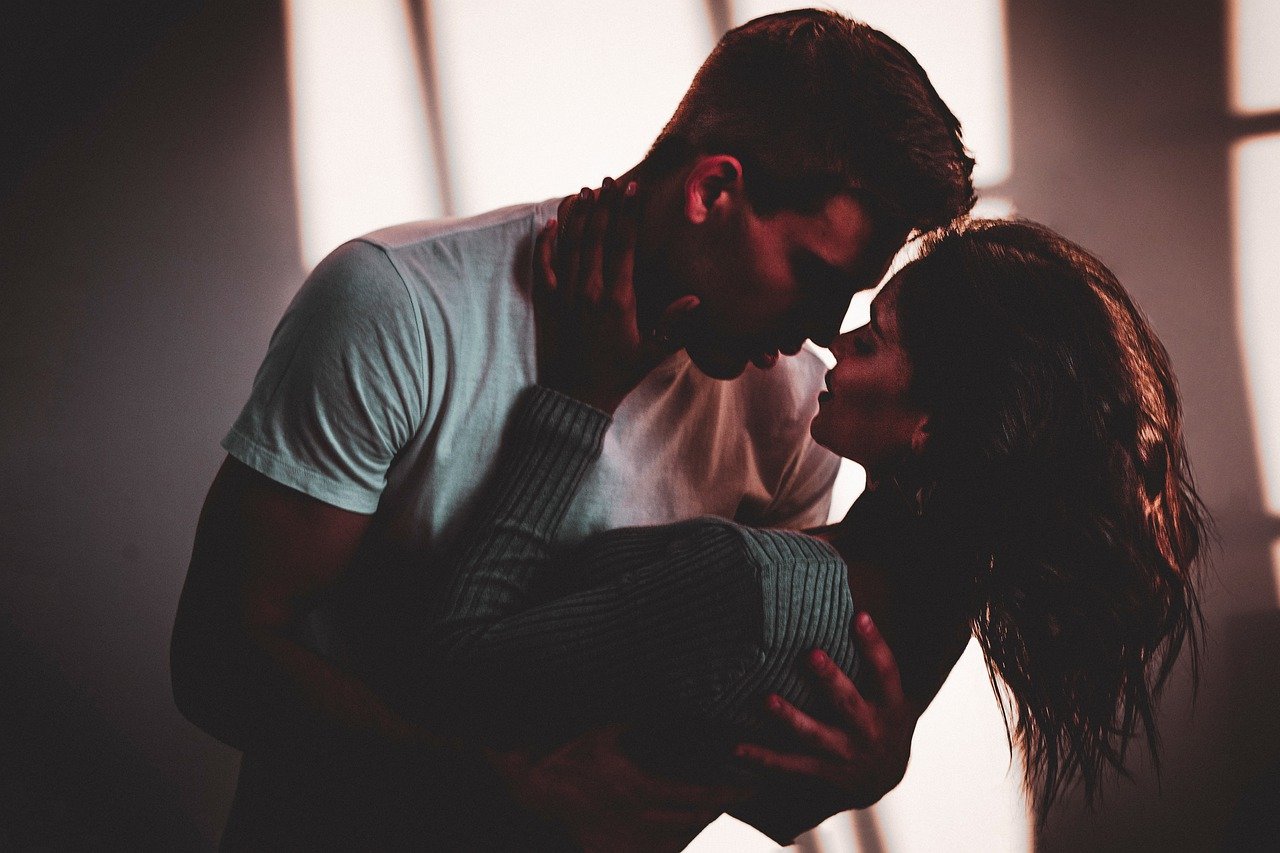 I’ve always had my husband as a terribly jealous one. Even at some point, it stopped surprising me, because the guy turned out to be quite predictable and boring in bed. In addition, he worked for a long time, sometimes neglecting me. It didn’t take long until I found someone who understood my needs as a woman. Thomas was good in bed. The fact that he seemed… terribly delicate at times, but the story that happened to the three of us made it clear why. I myself looked at him differently as a life partner.

Thomas was in bed with me, having a hard time when Sam came home earlier from work. He entered our bedroom and stood in the doorway, watching what was happening between us.

“You could tell you are into more than two people kind of fun,” he finally blurted, and we… hid under the covers. I looked at him terrified. It’s not what you think? It’s stupid… I snorted in my head. Of course, it was like this … – Is she good in bed? – He came closer to the bed.

“Shut up, I’m not talking to you now,” he croaked and pulled off his shirt. “So what?” She is good?

– I always thought so, but in the last three years – he threw his shirt on the floor – it seemed like a log – he unbuttoned his belt and pants – But if it’s good …

-Sam, what are you doing? I frowned.

– How what? I’m joining – he smiled slightly. He was furious with me. I could see it in his eyes. On the other hand, … I had a different idea of how a jealous husband reacts.

– What about you? Are you giving up? – He laughed and took off his pants and underwear. His penis was already standing firmly – Don’t you want to play with the three of us?

– There is no “but” – Sam cooed – I want to have fun. Now that the three of us are here, let’s not spoil it – he got into bed and started touching me. It was something different than before I felt from him. His move was jealous, confident, full of desire, and at the same time of some primal anger. I liked it. I grabbed his stick and started massaging it.

– And you? – nodded at Thomas – What are you waiting for?

They turned me to the side. Sam was at the front, Tom at the back. We touched each other, pamper our bodies. It was kind of sick. Sam caught me cheating. He should have killed me… instead after a while they were both inside me. But my husband did not stop there. He grabbed Tom’s ass and pressed him tighter to me, going in more firmly himself. He missed my face, missed my mouth… and started kissing him! Out of the corner of my eye I watched their lips close together. They were fucking me and kissing me passionately, like lovers.

– Let’s change the position – Sam coordinated. Thomas did not know what awaited him. I just felt my dear life companion come out of me and lay down behind my lover. I heard them grunt louder. Tom was probably not ready for it when Sam penetrated his ass.

It was all strange. My lover was in me, and in him… my husband. We were creating some strange unity at that moment. I think we found ourselves in it. Our bodies were thirsty for caresses, and the three of us could give each other much more.

The real challenge came when I got on Thomas. Sam knelt behind me and walked into my other hole. Double Penetration… I dreamed about it but didn’t think that I would do it with my husband. Something got into him. He started pushing me so hard that both Thomas and I howled with excitement.

It looked as if Sam was teaching us what pleasure looks like. Funny, isn’t it? After all, this is what I was looking for in the embrace of a strange man. Meanwhile, my husband … needed a

stimulus. Another guy in bed to prove himself. He was extremely masculine in what he was doing. He fucked both of us like virgins while focusing on his pleasure. When he was done, and it took quite a long time, he just left the bedroom. Thomas and I were lying completely confused by what had happened. At the same time, I love Sam even more than ever. I understood what treasure I have under my roof.