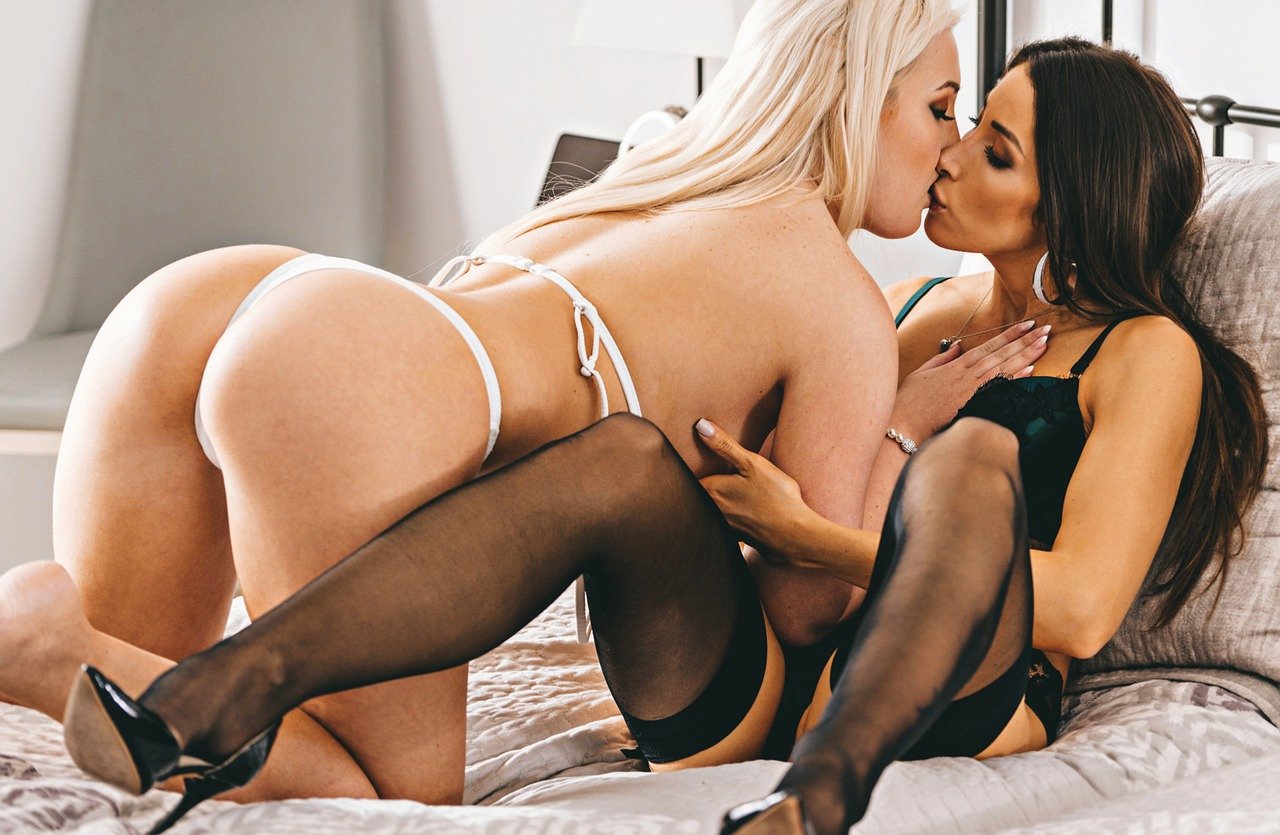 It was in college; we were on our way home from school to rest right before our college final exams. We spent the night in a hostel where we had four-bed rooms. Fortunately, we could choose who we wanted to sleep with, of course, there was no question of co-education. At that moment I would prefer to hug my boyfriend, but if you don’t have what you like … We were in the room, me, my two friends … and there was another girl who always stayed aloof. She was always different, practically she did not talk to anyone, that was through all the classes. Even when we tried to involve her in conversations, there was no chance to get more out of her.

On the first night we went a little crazy. A friend in her underwear smuggled a few little bottles of alcohol, so the three of us had fun. We went to bed after one in the morning.

I don’t know what time it was when I was awakened by a very nice and sensual touch. At first, I thought it was my boyfriend who had sneaked into our room. I smiled to myself as I felt tongue subtly slide over my labia. I felt a little shivering. An even stronger one passed me the moment I felt the ring on my tongue caress my clitoris. I quickly uncovered the duvet and saw her. This strange girl.

“Anna,” I asked in a whisper. I didn’t want to embarrass her in front of the other girls. – What are you doing?

“You tried so hard to convince me to you today,” she whispered, starring at my pussy all the time, “I wanted to repay you,” she said and continued to lick.

– But it’s not like that … – I sighed, feeling how skilfully she’s doing it – You could buy me a beer, juice, fucking anything …

– You don’t like it? – She pushed her tongue deeper and started to twist it hard. I bit my lip, trying not to scream at the top of my throat. I fell onto my back, my hands clasped on the pillow.

“Oh God,” I let out a soft squeak after a moment.

I felt her hands climb higher, under the T-shirt of my pyjamas. How they touch my breasts, nipples. She squeezed them gently with her tiny fingers. At the same time, she kept swinging her tongue, caressing nooks and crannies of my vagina that I had no idea about. The delight that passed through me was incomparable to anything I had felt before. I looked at her, at her dark hair, her fringe, with steely, cold eyes. Before I didn’t see their colour. Now, in the dim light, I could see them perfectly.

I listened to my body, which was thirsty for this caress. I pressed her head against the slit. She sucked, licked and kissed alternately. We were 18, and she was as skilled as if she was licking pussies at least once a day.

After a while, she crawled on me. I grabbed her ass. She was naked, firm, so nice to touch. Her thigh rubbed against my clit, as did mine against hers. She started kissing me as passionately as no one had ever done before. There were only three boys before her, but there was something else about her kiss. There was pure passion, gentleness combined with ferocity. I could feel the taste of my pussy on her tongue. It turned me on incredibly.

She lifted her blouse to reveal her pierced nipples. I thought -wow … how awesome it looks … I started to lick them. I’d never done this before, but I really wanted to. I felt an inner compulsion to do this. I strongly wanted to have an orgasm with this strange girl Anna …

Something moved. We froze motionless, only panting softly against our mouths. Now I could fully see how beautiful she was. We heard footsteps in the corridor either someone was making out, or the teachers were walking around and watching. But who could be doing better thing than the two of us? After a moment, our lips tightened again, and her fingers curled over my mouth.

I didn’t just want to be passive. It is not in my style. I turned around with her, smoothly walked down on her body and started licking her pussy. She had a piercing there too… A rough chick, no problem. I focused on her, licking her pierced clitoris. It was even funny how Anna squealed softly. I myself was surprised how skilfully I can lick pussy. No boasting, I made her whole body vibrate, she had to press her lips hard together not to scream.

I parted her pussy with my fingers and stuck my tongue deeper. First, I licked up and down, finally started to spin the delicate circles, carefully reaching wherever I could only reach. She smelled amazing. Sweet and mature at the same time. I pushed it with two fingers and that stupid girl squealed so loud I was surprised no one woke up.

I laughed and shook my head. I climbed onto it and our bodies started rubbing against each other again. I was pressing my thigh harder against her pussy, and I could see on her face that she was close to reaching. She didn’t owe me as she pressed her thin thigh tightly against me too. After a while, we both came together in a strong, passionate kiss, biting our lips not to scream.

We didn’t talk about it the next day. Anna still held her role as a distant shy girl. But she came to me every night … It lasted until the end of college. Later… we never saw each other again.