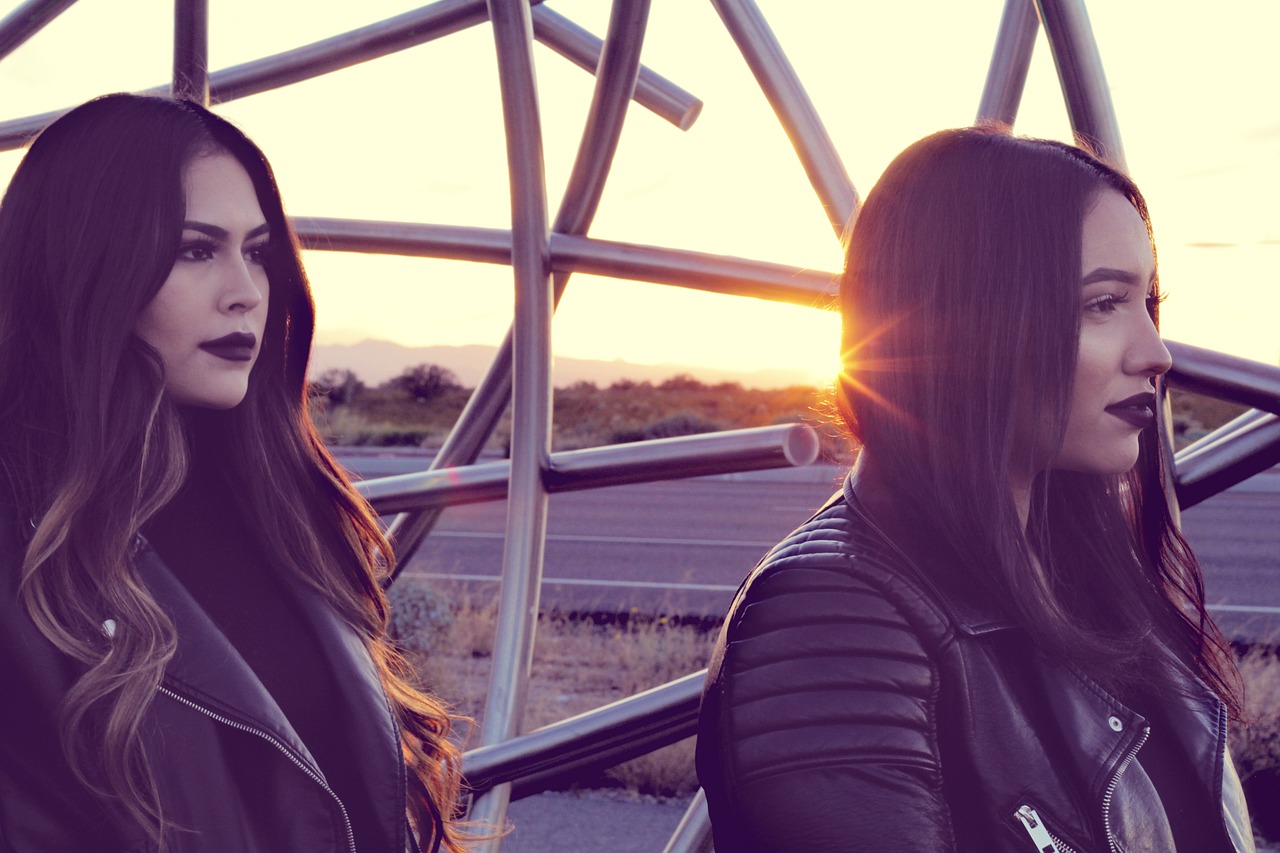 Me and my girlfriend were sitting in a bar. We drank another beer in a row and we both felt that boredom was creeping in more and more this evening. We went out to have fun, but there was no LGBT party on that day. That’s why we ended up in an ordinary bar and stared at the drunken guys who, with better or worse success, tried to grab the ladies. From time to time, some strangers tried to flirt with Maya, but then I used the old, proven method – I immediately hugged her and kissed her on the lips. Most of the guys were so distracted that they ran away. Therefore, when I noticed that another one was approaching us, I already knew what was going to happen next.

Cockerel or in fact a 35-year-old brunette guy with a cold eye, approached my girlfriend for sure and smiled captivatingly. Nibbled on, he had a sexy smile. Although I had been in a constant relationship with a girl for years, I still knew how to appreciate the beauty of men.

“Arthur,” he extended his hand to Maya without greeting. This scared me. I raised a mocking eyebrow, but didn’t react, waiting for what to do next.

“Maya,” she murmured softly, blushing slightly. I rolled my eyes. Even though we had been together for over 4 years, she was still deadly innocent. Although I was very fond of it.

“Anita,” I said to the guy. He scanned me with his eyes and nodded his head as if approvingly. I looked at him and had to say that he really did have something about him. A slight shadow of stubble, a straight nose, a strong jaw.

-Are you having fun ladies?

– What, do you want to join? I tossed aggressively, to which he whistled softly.

– An aggressive one. I like it. – Cheekily looked at my tits.

– I growled and pulled Maya to me, wanting to use the same number as always. Arthur however, only folded his arms over his chest and watched us closely. I kissed my girlfriend, deliberately lengthening and deepening the kiss. Maya as always surrendered to me. When I broke away from her, I hoped Arthur had disappeared. The guy, however, was still standing next to us, rubbing his jeans at the same time. Maya noticed it too, and she was gasped with indignation. I, on the other hand, felt a wild excitement.

– Nice show, ladies. Now I would like you to continue.

– Okay. – I tossed at the same time, surprising both myself and her. The girl looked at me as if I was crazy. Arthur smiled cheekily and indicated the exit.

We walked several streets until we finally got to a block of flats. After a few minutes we reached Artur’s apartment. Without hesitating, he began to take off his clothes. Maya stood paralyzed. I walked over to her and started kissing her again. When I felt she was giving in to me, I started to undress her. At the same time, I felt Arthur’s hands on me, helping me free myself from my clothes.

When Maya was naked, I put her on the big bed, lying between her legs while sticking my ass towards the guy. I dropped my mouth on my girlfriend’s crotch, sucking on her clit and digging my fingers inside her. She was incredibly wet, apparently it turned her on more than she wanted to admit. I felt Arthur’s tongue at the same time. He was licking the entrance of my pussy and I thought I was going to melt. When my legs started shaking, he pulled back and slipped his cock for me. My groan coincided with the screams of Maya, who just had orgasm. I gently kissed her thigh and gave myself completely to Arthur, who was fucking me hard, spanking me every now and then.

He gave me a slap on my ass.

– Until next time, my dear ladies.